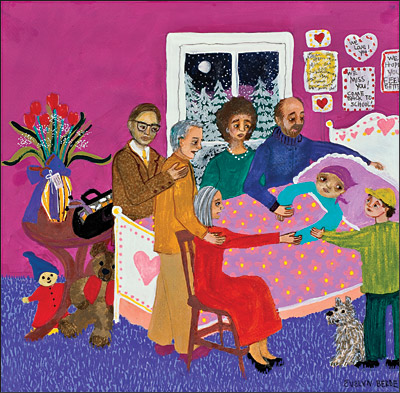 I’ve been exposed to so many different cultures and traditions in the last couple of years far from my own. It’s been an excellent cultural anthropological study of our society.
The one that I’ve noticed and focused on is the tradition of children reaching adulthood and still living home with their parents; especially grown men. Growing up in a southern Christian community, I had no idea that it was traditional in other cultures to allow grown men starting at the age of 21 to 27 to still live at home; and these boys have a college education paid for by their parents. What blew my mind is the parents acceptance of these men bringing girls home and engaging in sexual activity while the rest of the family is in the house. Now anyone growing up southern and especially Christian, this is NOT accepted at all. My mother use to tell me once I graduated from high school, that if I wanted to start having sexual relationships, then I needed to move out. And this was the normal mentality of all the parents that I knew. In a Christian society, sex before marriage is frowned upon. The bible calls it fornication. No decent respectable southern family would promote or permit their children to practice sex acts in their home before marriage. It’s considered extremely disrespectful. Infact, before my ex-husband and I were married, my mother in-law would not permit us to sleep in the same bedroom when we went to visit. Another point in southern families is, if you are grown enough to engage in sex then you should be grown enough to be responsible with your own place. It’s just looks low class to bring someone over to your parent’s house to screw. It’s kind of trashy and immature to us southerners. Who would do such a filthy thing and be that disrespectful?

Once I moved to Florida where there is a diversity of people from around the world, I found this behavior to be considered normal and acceptable. It’s no secret that the economy here is not geared towards assisting young adults recently graduating from college to be self- sufficient. There is a major gap between yearly salaries and the cost of living. Most young professionals, who decide to remain here after college, might have no other choice but to move back in with the parents until they can afford to have a place of their own. But I’m sorry it’s still weird to me. Also I’ve learned that in Latin America and the Caribbean, it’s traditional for grown children to stay home until marriage. The families remain a close unit. Parents want their children to be safe and comfortable, so they do not mind them bringing someone home to sleep over. But this is not just Latina America and the Caribbean, I’m finding it’s many countries around the world.
Also, in the south cost of living is a lot cheaper than it is in Florida or the north; especially New York City where an average apartment rent ranges from 2000-10000 monthly. The south is great for the young professional to be able to sustain his or her own home without killing themselves on multiple jobs.  Even those who did not go to college or seek any kind of alternate education can find work and affordable living. So we do have an advantage on young adults here and in the north. For instance, in Atlanta a 4 bedroom 2 car garage home that would be quarter of a million here in Florida, would only cost about 135,000  there. The mortgage would be the same as a one bedroom apartment in Florida. Crazy difference but true! A job that would pay you only 25,000 starting off right out of college in Florida; would pay you about 45,000 in Atlanta.  So again we have the advantage for self-sufficiency at a younger age. It’s common to meet 18 to 24 years olds who are homeowners. That is not a common thing anywhere else.

I understand the economic crisis in the U.S. can cause young ones to make the decision to remain home. However, since I moved out right after college at 17 and never went back and the fact I have a stern southern mama who I still at 31 feel uncomfortable discussing sex with; I could not have sex in her home. I would never let her read my articles or poems. Or, would I dare to think about having sex in her home. It feels so disrespectful and immature to me. I can’t see myself yelling fuck me while being smacked on the ass with my parents seconds away in the other bedroom. I would literally die if my mother heard some dude scream I’m cumming! Wtf? In fact, I had guys down here ask me to come over late night to have sex and I met their parents. Needless to say I never showed up. How creepy is the thought of his mother cooking me breakfast the next morning after riding him all night. But as a grown ass woman, who would date some dude living at home and then have nerve to fuck while his parents are there? Yuk! My mother would have a heat attack if she found out that I fucked in some guy’s parents’ home. She would disown my ass!
I can go out in the world and do some crazy shit, but when I come home to my mother and father I leave that shit out in the world. It’s a just an adult respect thing!