It’s funny to me how  people see an older single woman and think she’s unhappy because she is not married with babies so that’s why she is out late partying and having promiscuous sex. The world is a stereotyping son of a bitch! For me that’s 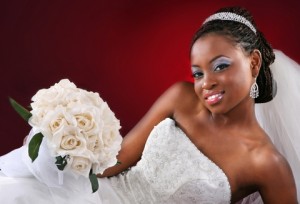 not the case. I got married a 19 to a college educated man who put a 2.5 carat platinum ring on my finger, we had a nice home in GA, were well respected and loved, and money came in the groves. However, I wasn’t happy at all. I was miserable because it wasn’t what I wanted. I realized that as I got older. It’s sad it took 8 years to figure out what I wanted and who I was. But shit, you live and learn.

When I think about happiness, I think of those times I can wake up at 12 a.m., get all dolled up, and hit the hottest Miami club; I can have a couple of drinks and dance all night. I walk out the house with nobody asking me a bunch of stupid questions or telling me I can’t go out because that’s not what married women do. When I think of happiness I think of flying in and out of town, hanging with my girls flirting with the guys, or just chilling with a friend laughing my ass off. See no where in there did I say anything about marriage or babies. I love my freedom period! I love making my own decisions and being my own woman with my daddy’s last name. When I leave the club after dancing and laughing all night, I feel rejuvenated and free; like I just won a million dollars. When I see people having a good time all around me and losing themselves to the music, that’s when I’m at peace.

Only thing that has been making me miserable are the people I’ve been surrounding myself with. These wannabe Dr. Phils who’ve never been married and think they know everything. You can’t label every woman. Or, make it where her happiness depends on a man. That’s not me! I’m so tired of people telling me what I want. Because what I want, is for people to shut the fuck up and worry about their own lives and leave me the fuck alone. I’m only upset when I keep getting the lecture from these fake conservative prudes who are really unhappy themselves in their own relationships. Who still have to smoke weed and shit to deal with life even with the babies and the husbands. And what really pisses me off are these men who give me this pity speech and offer to give me a baby. Ooh the shit turns me fire red; some mother fucker in front of me offering to take away my freedom.  Like ” too bad nobody wants to marry you but I’ll give you a baby because I know deep down that’s what you want”. Huh no you fucking idiot! That’s not the case.  All this shit has been turning me into a real bitch. Because they won’t stop and I have to spit fire for them to back off. I get into horrible fights with people about living my own life. Wtf? These people always have an opinion like I need their friendship. Huh no the fuck I don’t! I’m a person who will support my friends no matter what decisions they make and I look for that same thing in return. But I won’t take attitude to keep a friend. I will give them their walking papers!

This speech these idiots keep giving me about maturity. Being mature is about getting married and having kids. No!  Most people who have children I think are immature as fuck! To me a mature person is a person who says “no I’m not ready yet!”  When they do get married, they have thought it out and made a logic decision. It’s a lot of work and dedication that goes into marriage and I don’t have the energy for that. It’s scare the shit out of me really.

Do you know how good it feels to wake up every day not having to deal with cooking and cleaning all the time, mother in laws and brother in laws, family outings, and catering to a man? Day in and day out the same ole fucking thing!  Do you know how exciting it is to live spontaneously?  To do whatever you want when you want with no explanation?  It’s amazing. I don’t look at other married women and envy them , I pity them; because I know what they are going through.  Because I don’t have the stress of the household in my life, my sex drive is outrageous. I’m horny all the time! Most girls my age are frigid or too exhausted from working and taking care of home; that they are not even thinking about the nasty things they could do with their partner! See that’s real marriage honey. I rather be a sexy little vixen than Joan Clever any day!

I don’t need drugs, just a little booze. But, the party life does make me happy. I don’t party every day. Sometimes I go a month or two without going to a club at all. But what keeps a smile on my face, is knowing the option is there; that I can roll over at 2 a.m. and get dressed to go out with nobody objecting. I just want to live not be confined by vows or traditional expectations. One day it will happen again, I know it. But I’m not rushing to go back down the aisle any time soon.