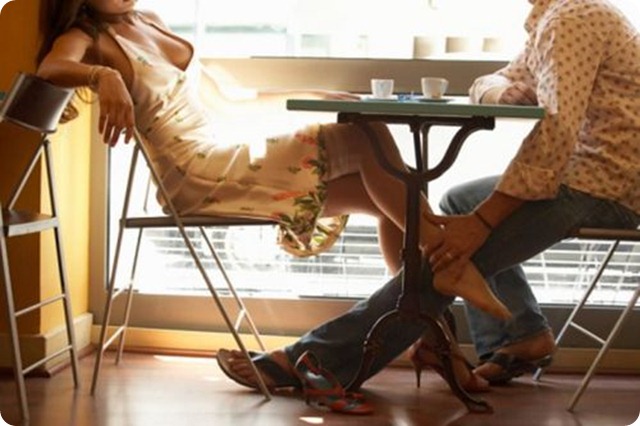 Is it just me, or do other women like to get off in public? The other night, after I dropped my roommate off,  I met up with a guy friend for a 3am breakfast.  He proceeded to take off my panties, open my legs under the table, and use his hands to make me climax. I enjoyed every minute of it. You would think it would’ve been awkward being that we were in a diner. But it was kind of empty. When I cum really hard I’m loud.  Yet, no one noticed or seemed  to hear me.  Funny the power of two fingers! It was spontaneous and sexy. A great way to start the day. I decided to write a little story inspired by the experience.

The Diner on 54TH

I’m not really hungry she said to him

They entered around 3 a.m.

He enjoyed early mornings out

It was quiet and allay

Far from the hustle and bustle of the congested city

They chose to sit at the counter so that nothing could keep him from touching her.

Except for them, the place was vacant.

The temperature drop made her cling to him

This made his rise.

He loved to feel the soft texture of her inner thigh against his fingertips,

God you smell so good he said, as his nosed gently brushed under her chin ending up at the opening between her breasts.

“Good morning. What would you like to start with” interrupted the waitress.

Just coffee and a piece of peach cobbler for me

Nothing for me she replied in a heavy breath

The waitress quickly returned with the coffee and pie

Then vanished into the kitchen

Now they were alone but

Still visible in the tall wide windows that faced the street

His left hand now grasping the back of her neck while two fingers of his right hand, were tracing the curve in her panties between her thighs.

Her nails tearing into his brown leather coat, while his fingers run down the plunging neckline of her dress

Face to face they stare into each others eyes

His fingers infringe her panties. Teasing her bare skin

Then firmly invading her

Her body flinches as she sighs with shock

She releases a moan with every breath

His fingers pick up the pace

She closes her eyes

As he kisses her cheek and then her ear

Are you cuming he whispers

Yes ….she answers as another moan escapes

How deep do you want me to go he asked

Take it all and

Her leg clinching the back of the barstool

Still undisturbed by passer bys or the kitchen attendant

Faster and harder he goes as she begs for more

Her hands unzipping his pants, she caresses him.

With her eyes remaining closed, she arches her back and tilts her head.

He takes her exposed breast into his mouth

This causes her to finally climax.

He removes his fingers, kisses them, then licks his lips