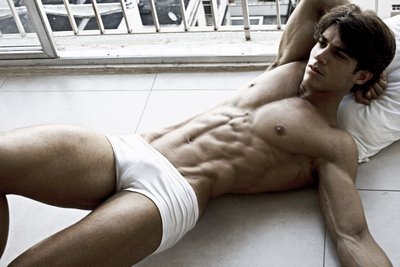 Women work really hard to provide for themselves. As a single self-sufficient woman in the dating scene, you meet a lot of attractive men who are not compatible for a relationship. However, these men are a great opportunity to fulfill late night needs. Men in their 20s are perfect for a quick sex session. They are young, healthy, sexual and full of energy. South Florida is full of young studs. It doesn’t take much to get one. Just show up to your favorite hot club after 12 a.m.  No! Don’t expect this amazing crazy orgasm. I mean they are young. There are still learning a woman’s body. They can’t replace the experiences of an older man when comes to the stroke! Clit stimulation is a minimum. I personally like to lay back and enjoy looking at that tight, muscular, hard, body. Most of the time, your climax will come from riding where you are doing all the work. And honestly, I don’t like waking up to them. It’s a select few I’ll let spend the night or stay over their place.  I do have to work in the morning and this way it keeps things separate.

As an older woman, you want someone that you can connect with emotionally and physically. Financially is extremely important as well. My personal attraction for a serious commitment is someone who is really laid back and mature. I man who doesn’t hang with too many guys and keeps his relationship private. Being a divorce woman I’ve already went through many stages that a young man is going through. So for me reality has set in.  I need a man that has been there and understands that. Life is to be enjoyed and its best when you have to deal with work and taking care of home to be with a man who can relax you with no drama. 95 percent of a relationship should be peaceful and filled with passion. And that is an easy accomplishment if you are dealing with someone whose on your maturity level.

Younger men are still trying to prove themselves. They are still going through the phases of hanging with the boys, listening to perverse rap music, partying all the time, and telling all their personal business. Honey, who wants to deal with that? Also, they still have insecurities and an ego that constantly needs to be nurtured. You waste a lot of time that you could spend on yourself trying to cater to them and mature them. It’s unnecessary frustration.True they can have a lot of potential. One day they will make a great mate for some lucky women. But it takes experience to get there.

Also, It’s not fair to a young person to have to give up his or her youth for a relationship with an older person. It’s selfish for any older woman to put that kind of stress on a younger man. So why not just enjoy him for what he is good for? I’ve  had a couple of sex sessions not expecting anything but that. In the end don’t expect your long term needs to be fulfilled. Just let it be  a good time.

He was standing in a crowd

And as boys do

on a chill night

They talk about the girls

About their late night

and how she let him

He just needed to get laid he bragged

She can’t get enough

and left the next morning

It was so easy

He has that kinda of influence over

They will take him

how they can get him

with the rest of the self proclaimed men

Felt as if he had a superman S on his chest

or a P for playa

He was accomplished and respected

because of the a.m pussy  he conquered

She always met up with the girls

just to hang out

So as the ladies do

while dressed in the latest attire

they talked about their latest men

Not once did his name come up in

or did she consider to mention

about their early morning rendezvous

He was a boy to her

No one she would date

She receives calls from him

Trying to have small talk

beating around the bush

He thought of himself to be a real smooth talker

She had no clue what the fuck he was saying

She just wished he would get to the point

She had to work the next morning

He was not the best in bed at all

She did not even expect a superior orgasm

She wasn’t sure if he knew where her clit was

but he was always available at that certain time

He was quick and easy

He had nothing she wanted or he could offer her

He still lived at his mamas house or had a roommate

or some silly reality show character

She did not have to be seen with him in public

Or neither did she care

“I just need to get laid”

The voice said in the back of her head