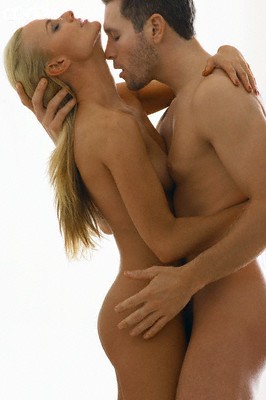 I realized why I’m so crazy about this man. He is my mirror image in so many ways. The qualities that I like about the real me, he has all of them. He brings out that fun adventurous southern part of me. But at the same time, tames me because he does not worry about bullshit constantly. He has these wild spurts when he needs to get out and party every now and then; nothing too crazy, just a drunken night at the club dancing and laughing. Then, he will stay home for weeks at a time and not go out just like me.He never takes it too far; he parties just enough to have a good time without going overboard, just like me

He likes a sexy well-dressed woman who can get really freaky in the bedroom. He appreciates my kinky girl loving side. I told him  if it ever gets to the point that he and I were living together, he would never have to step out. He can just bring the girl home and we can both enjoy her. But, she’ll never be wifey, that’s my title. He likes a feisty woman who’ll fight for her man and is just a strong as him. When he can’t be around, I can handle shit on my own. I’m not a weak woman, I’m a gladiator.  I can hold shit down when he needs me to with no problems.

He is passion driven like me. He worships sexy and so do I. Every argument will end up with his hands around me neck and my ass in air. He takes control like a real man. He’ll never cry and pout like some kind of man child or whiny bitch. Any time I act up he will come in and get that shit under control without raising his voice. And the only time he calls me a bitch is when he is drilling my ass.I’ve never liked to cry and hurt, but I’m thinking about the passion between us when he makes me mad. Angy sex with tears is fucking amazing. He would take the pussy anywhere and anyway he wants it. I can barely control my flash backs while working. Just to think about him, gets me wet and turned on. As soon as I would open my eyes in the morning and he is lying next to me, I would be horny as hell. He would wake up every morning in my mouth.Loving him would be exciting and fun because he will never be completely attainable and he can’t be easily conquered, just like me. He makes his own rules and follows his own path. I’m the kind of woman who can rock a suit, loves cultured things like museums and the ballet, and can be very sophisticated; but at the same time, I will fight if I have to and I can be very feisty. I don’t take shit off of anybody regardless of where I am. My man has to be the same way. Most people live only one type of life. But me, I like everything except drugs. That’s my limit. I don’t need to fake like I’m so high class knowing I do crazy shit sometimes. All this labeling people shit is not me. And my man definitely is not like that.

I’ve never had so much respect for a person in my life. Not even my parents can control me like this man. He will never talk behind my back and tell lies. If he has something to say, he gets in my face and says it; just like me if I had a problem. He doesn’t do little undermining girly shit, like other men I’ve dated.  We are both control freaks. Nothing will overpower his mind.  I can’t stand weakness. People who let their emotions control their entire life exhaust me and I cut them off real quick; I prefer logic. I don’t like people who cry and throw fits when they get jealous. I like my man to grab my ass up and fuck the shit out me, to remind me who it belongs to. He is very protective and possessive. I usually hate that, but on him it’s sexy. I couldn’t imagine giving his pussy away but I’ll flirt a little bit just so I can get punished later. haha  Damn the future looks bright.