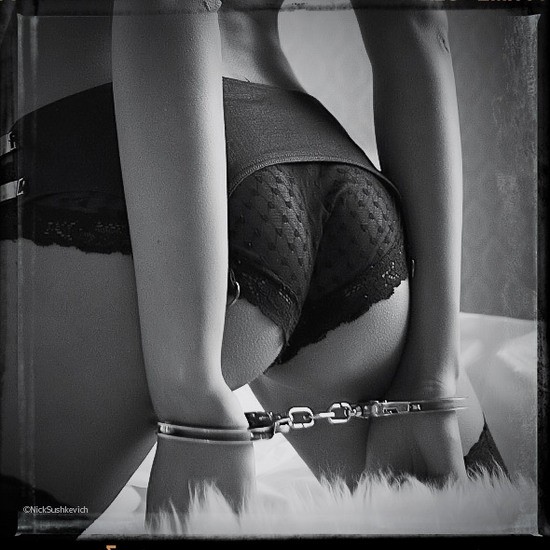 It’s been raining for the last couple of days. The stormy weather is pure seduction for me. However, since my break up with the king, I decided to take a break for a while. I’m still longing for his touch. And, the man has me so whipped sexually, it’s going to be hard for another man to compete.  So as the rain falls outside my window, I depend on my new fantasies to keep me wet.

For some time now, I’ve wanted to date a police officer. The uniform and handcuffs turn me on. I’ve fantasized about being man handled and frisked.  The way I imagine it, I meet this incredibly sexy tall and lean officer. He tells  me I have no other choice but to give him my phone number. I try to play hard to get for a couple of weeks by emailing him nasty thoughts spontaneously. I call him in the middle of the night as I touch myself, I let him hear me climax, hang up, and I don’t answer when he tries to call back.

Finally, I send him a text to meet me at a quiet restaurant in Soho. He sits down at the table and I sit down next to him. I reach my hand under the table, unzip his pants, and caress him until his hard. I kiss him on his neck softly and whisper in his ear. He wants to touch me, but I won’t let him. I tell him that I don’t have on any underwear. He doesn’t believe me until I prove it. I lift up the long white cotton dress and slightly open my legs just enough for only his eyes.

He tries to hurry dinner, but I sip my wine slowly. He knows I’m teasing him and it drives him insane. I like that. The rain begins to fall; and we have no umbrellas or raincoats. I tell him its better this way, I’m not afraid of getting wet. The moisture covers my dress, causing it to cling to my body. Images of my breast and ass peek through. The preview keeps his mind off the long walk to my apartment. Once we arrive at the tall sliding glass doors of the lobby, I try to kiss him goodnight. But, he pulls me close and forces his way into the building. He pushes me up against the wall and tells me I have a right to remain silent. He takes out his handcuffs and places my arms over my head. He doesn’t care if my neighbors walk in and neither do I. He kisses my lips, my neck, and unbuttons my dress. His mouth is on my breast as he lifts me in the air. He is so hard. He pushes his self into me causing me scream. My voice echos in the ceiling of the lobby. He stops himself, he’s not ready to cum; not like this. He puts me down and removes the handcuffs. He pushes me towards the elevator.  I beg him to stop, I try to resist but I really want him to continue. His fingers invade me while we kiss from the 1st to the 8th floor.

We enter my apartment. He pushes my face first up against the wall and makes me spread my legs. He kisses my back as he frisks the rest of my body with his strong hands.  I break free and run to the bedroom. He quickly follows. He grabs hold of me and throws me on the bed.  “I’ll show you what happens when bad bitches resist arrest,” he says. He rips off my dress, turns me over on to my stomach and places my hands back over my head; and uses the handcuffs again.  He undresses and thrusts himself deep inside me. He pulls me hair and smacks my ass while he whispers how tight it is. He leans down and kisses me. He pushes in as hard as he can. It causes me to continuously climax. He tries to hold back, but he can’t help it; he cums. “Damn that was good,” I moan. He responds, “It’s not over yet. It’s still raining.”