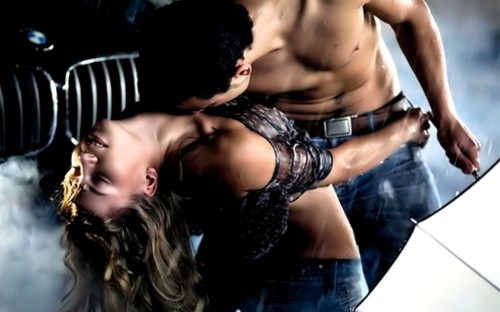 The things men will do when they want you. I forgot that I told my bad boy that I have a weekly Monday night drink at YOLOS Fort Lauderdale before we stop talking. Guess who showed up. Yep! Damn he is so sexy. The sexiest man I’ve seen since I’ve been here. He would fit into my life nicely but he still has his problems. Fuck! Just like me to fall for another guy with issues. I mean he doesn’t have crazed psycho issues; but problems no less. He takes good care of himself and he dresses well. His attire was sophisticated from head to toe; especially his Gucci Loafers. I can dress, but now I want to cover it up just a little more; and go into a really sexy sophisticated older woman look. I want someone like him to be attracted to me sexually, but only in private; and respect me like an equal in public. This man is making it hard for me to resist, but I’m a strong woman. I want a clear understanding that it’s not because he is unattainable that I want him. He is really that sexy and a KING of a man. The kind of brotha I’ve only seen in Atlanta.

I allowed him to drive me the ½ mile to my apartment. And of course, he leans over to feel me up. But I got out the car just in the nick of time.Look, I’m not making love to this man until he handles his situation. He is a hunter and I his prey; but I can put up a good chase. He is not married, but It’s still an affair. I’m too old to sneak around and have an affair. I’m a grown ass woman. This isn’t T.V., this is some woman’s real life. She love and depends on him I believe. It almost brings tears to me eyes to know people can be so selfish. I will be no mans whore. Especially in a city where the darker the skin, the more people associate a woman with prostitution and late night secret skankiness. Living without thinking was great in my late 20s. I just don’t want only his sex and attention; I want his respect. So if I see him again, I will act like I don’t know him and avoid him like the plague. Nothing good comes to those who intentionally do bad to others. But, it’s nice to know I can feel for a man even if I don’t want to be his lady. I actually care what he thinks of me. I hope I meet more men like this in the near future. They just have to be single men. I’m still very feminine and he makes me realize how much I love men; but just not any man can get to my emotional side. Damn things are so much better than they were before.