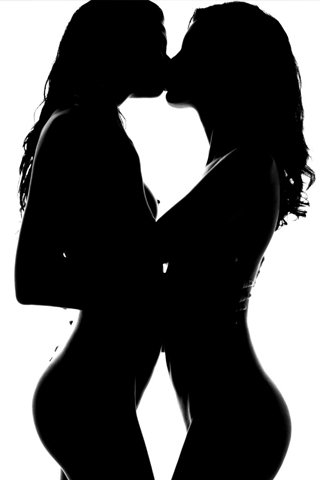 Don’t get me wrong, I love men! Especially if a man can handle himself in the bedroom! However, I do enjoy a little lady time as well. Now in our fake, overly conservative society, we as women have been told never to admit this in fear of not being respected. But fuck society and its opinions! Because a woman desires a feminine touch, does not make her some wild and crazy sex addict! Not saying there aren’t sex addicts out there. A woman does not have to tell everyone her personal business about who’s in her bedroom. She can keep a certain mystery about herself. But, she does not have to be embarrassed either!

I believe young women should explore their options. I could not see myself being an older woman without sexual female experimentation. How boring and dull! When I get to a certain age I want to look back and say damn I was a hot little vixen when I was younger! I did a lot of freaky shit and I lived a wonderful full life! Why should men be the only ones who had the best of sexuality in their youth? Our society is so full of shit! It’s so geared to masculine pleasure and happiness. Women try so hard to live up to these dumb standards that they forget how just be and live life. Sad really! Why can’t we be open, feminine, soft women who like other hot feminine women every once in a while; and still be respected and appreciated in the everyday world? I understand it’s a perverted fantasy for men and they just can’t help themselves when they think of two women having sex. However, if a woman does not want that man’s attention or comments then he should back off! But you know the stupid masculine response “Well you put yourself out there like that so what do you expect me to do?” Be a fucking man and respect my decision that you might not do it for me or my fantasies! A woman can be a good wife, mother, and lady of her community and still like women! Female sex doesn’t necessarily replace a man. Actually a lot of times it’s the opposite effect. I for one still want to be with a man in the end no matter what! Also, lesbian and homosexuality is not just about physical intimacy. It’s more about the emotional relationship. So there is no need for men to think women are trying to leave them out of the equation.

So from now on ladies, even if in secret at first, try something different with your sexuality. Open up and live freely! Some of my best sex was with women. And sometimes it’s heavenly when a man joins in on the fun. Especially, one who has the stamina to handle more than one woman at a time!  Let’s build a nation of sexual freedom for all.

I will love you

I pick you up and

help build you to be

The goddess of earth and

But when I make love to your body and mind

I feel the deepest intimacy

You understand every curve of me

Your kiss is passionate

Your touch is gentle

And though we will never

replace our love of our male counterparts

Still hoping one day to unite with

to create our own families

We will journey this road together

is meant to destroy us

and make us loose our focus

I hold your hands

and listen to your song

and believe in my poems

We stand at the origination

If we continue to struggle together

things will change in our favor

and only get better

We will crush every memory

of a time where we thought that

That we were each other’s enemy

The goddess queendom is divine