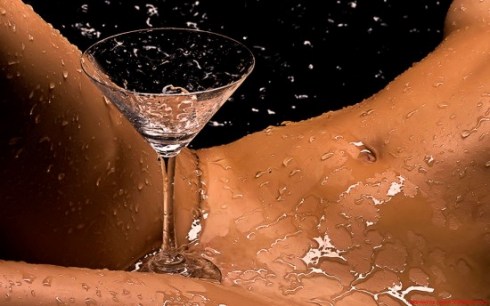 Because of Janet’s persistent sweet talking, I decided at the last minute to pack up and move to Manhattan. Even though it was the best decision to end my wild and scandalous love affair with the king, I couldn’t get him out of my mind. I was thinking of hooking up with other men before I left to get back to my normal bad girl ways. But, unfortunately, nothing happened. I left town carrying all of my emotions for him with me.

I never told him, I was leaving. I didn’t want him rushing over to my place and making a scene. I figured it would be easier on both of our hearts to tell him once I arrived in New York. During the trip, he continually called; but, I didn’t answer. Finally, I text him while lying in bed in my new place; “I’ve moved to Manhattan, goodbye. I love you.” He text back, “wtf are you talking about?” I never responded. It was hard enough leaving in the first place.

A week and a billion unanswered calls later, I received a text “I’m at Laguardia, come pick me up.” He actually came after me. Of course, I called him to confirm. He was extremely irate, so I asked Sandra and Janet to come with me. I left the girls in the taxi and went into the airport alone. As soon as he saw me, he grabbed me around the neck and said “you are out of your fucking mind!” I smiled, “Yep! I miss riding you” Seems that calmed him right down “Oh you’re riding this dick tonight, I guarantee that! Lets go!” he responded.

Finally, he met the girls. Just like me, they fell for his charm instantly. “You don’t look like any bad boys I know. You look innocent. Are you a wannabe?” said Sandra. “Oh you wanna find out tonight? First I’ll punish your girl, then you,” he responded. That was the beginning of my second fabulous weekend in New York.

We stopped at one of the bars on 3rd ave to have a drink. “First question, how the fuck are you gonna move to Manhattan and not tell me shit?” he asked. “Like, what the fuck are you thinking?” The entire table was completely silent. “ I thought it was best.” I responded, “I needed to move on.” In my mind, the real answer was, we need to move on before I end up pregnant. He and I aren’t married. And, at my age, I’m not having an abortion. Especially if I’m in love with the man. I wasn’t trying to put myself in that situation. As much as we made love, it was bound to end up that way. Especially since I was sincerely happy every moment we were together. I never was stressed out or depressed. I knew that out of love a child would be conceived. Honestly, he isn’t father material right now. Escaping Florida was the best way out. Besides, even at 31, I don’t think I’m ready to be a mother. It’s so much I haven’t done yet. And, the way L.S. is taking off, I don’t think I want to give that up. Also, we would have to be married before the baby’s born.

One of Sandra’s lovers called her and she soon left us. It was just he King, Janet, and I. We crashed at J’s place for the night. As soon as we walked in the door, the festivities began. I started with the music to set the scene while J opened the wine. I walked over to the large window facing Central Park, and begin to undress. “Lets take a hot shower together” I suggested. J lit the candles while I unbuttoned her shirt. Janet grabbed his hands and put them between her legs and I kissed his lips. Then, he followed us into the bathroom, and we got into the shower. We washed his body from head to toe. Too bad New York showers are the size of shoe boxes. It would’ve been nice to watch my best friend and my man make love under the running water. But, it was too uncomfortable, so we dried off and got into bed.

The night ended perfectly, lying next to my best friend with my man on top of me. We three made love until early the next morning. The remaining of the weekend we spent together enjoying the city. This was the perfect beginning of my life in Manhattan. A fresh start is what I needed. I feel privileged to have these people in my life to share the experience.